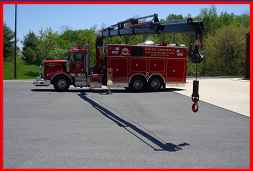 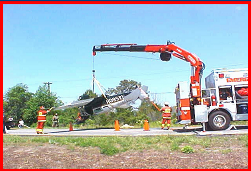 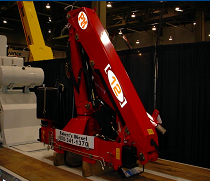 In the United States, a lot of companies still use stick booms because it's what they've always done. Operators are disillusioned if the crane has no winch line, but, if you don't have a winch line, you have more direct control of your load because it's not able to swing.

KnuckleBoom articulating cranes are much lighter than their boom truck counterparts and that's a major benefit. Plus, knuckle boom cranes are better designed to allow for increased payload on the back of the truck bed than standard boom trucks ever were.

The majority of general purpose knucklebooms are mounted directly behind the cab, which leaves the entire bed open to load and unload materials. Running a smaller knuckle boom crane can eliminate the end user's need for a certified crane operator, because tonnage and length are lower and shorter and as long as you stay under 15,000 pounds weight capacity, or 25-foot of boom you won't need a certified crane operator.

Some crane buyers shy away from knuckleboom articulating crane technology because they believe they can't do as much with a knuckle boom crane as a straight boom crane. This is simply not the case. The European and Canadian markets have long known what a knuckle boom crane can do and the versatility that they offer. In the U.S. there is a misconception that they're giving up weight capacity and lifting capacity by buying a knuckleboom and that's truly not the case at all.

Today's knuckle boom cranes are very impressive in how high they can reach and the amount of weight they can lift and maneuver. In fact, reach and capacity are the key factors in specifying the correct knuckle boom articulating crane and it's one of the first questions our experts will ask.

Increased reach, capacity and safety are the biggest issues and in the hands of a veteran dealer like Roberts Diesel Works Inc. you'll know exactly what kind of knuckle boom crane you'll need for your application. We first ask the customer how much weight he's picking up, how far he's trying to place the load and how high he wants to place it. With that information and over 400 knuckle boom crane models to choose from, we can recommend the proper knuckle boom crane for any application.

Traditionally considered a un-loader, knuckle boom cranes are primarily used to transport materials from a warehouse or yard to a customer's location or jobsite but with the new technologies of today, knuckleboom cranes can maneuver like no other crane on the market. Roofing and concrete foundation contractors know about knuckle booms, as theirs are typical markets for these types of cranes. Utility workers will typically load a lot of power line, cables or giant spools on the bed, or they'll stage components such as transformers at a utility site where precise placement and control is mandatory.

The specialized knuckle boom cranes can be used in a myriad of applications, from new road construction to pre-cast concrete work, to pick-and-carry jobs. Highway concrete contractors also use them for all sorts of applications.

Manufacturers have learned that if you put the right attachment on a knuckle boom crane, you can turn it into a specialized piece of equipment designed to tackle about any job imaginable, such as, trimming trees, placing wallboard, or placing concrete forms and then cleaning up after the job is finished.

All knuckleboom cranes are versions of general-purpose knuckle booms that have been modified for job-specific applications and the possibilities are virtually endless. Knuckle boom, wallboard loaders, concrete foundation cranes, oil field cranes, pipe handling cranes, monument, refuse and even tree and debris cranes are specialized versions of knuckle booms among many others.

The basic general-purpose knuckle boom crane is considered a fully folding crane and can be modified for any specific application in minutes with the proper attachment. Manufacturers have gotten job-specific with the technology because of its functionality. The general-purpose knuckle boom crane is manufactured in many different versions because it's a very versa-tile piece of equipment.

Drywall companies are using theirs for commercial work, and the roofing companies are using them more for residential jobs. Roofing work with a drywall crane can be done, but it's hard to use a drywall crane for foundation work. With a knuckle boom articulating crane you can do them all, change the attachment, and clean up the mess too. If you can imagine an application we can set up a knuckle boom articulating crane for the job.

Understanding the customer's application and what they want to accomplish with their knuckle boom articulating crane and how they want the crane to operate are key factors in determining the model and attachments needed.

The radio remotes of today are so far ahead of where they were 10 years ago it's amazing. You can start the crane with them, run the crane with them, and get an immediate readout on overloads from the onboard computer systems. Many articulating cranes are now equipped with state-of-the-art electronic overload protection systems. These systems not only protect the crane from being overloaded and damaged from an un-skilled operator but it also gives the crane owner a full computer readout for operator accountability.

The overload protection systems, which have been on larger cranes for many years, were integrated into the design of knuckleboom cranes about seven years ago. The technology is designed to stop the crane from going into a dangerous situation. The crane stops so the operator has to retract to the crane and put it in a different angle before moving forward. Originally engineered to quit when the machine registered X-amount of hydraulic pressure, the technology has been upgraded to an electronic-over-hydraulic system. Now the crane is literally talking to a computer. The computer will completely shut the crane down if it's overloaded and it can not be easily bypassed. The computers will keep track of how many times the crane was loaded, any incidences of overload, instances where it was not stable and if the operator disabled the overload systems and when it happened. The systems will also track the date the crane ran and the time of day. The information will be stored for about a year depending on your needs.

Owners can go in and look at what the crane has done and what day and time it was done. Knuckle boom cranes now can also tell the owner that the problem is all in the way the crane was operated, if that's the case. Likewise, the next generation of cranes could be required to have some form of intelligent overload system. OSHA, as well as other safety organizations are now pressing for new regulations that will require computerization and memory for overload conditions or other safety issues in case of a crane incident or accident. That being the case, existing cranes will need to be fitted with computerized systems but the knuckle boom owners will already have the technology in place saving them both time and money. For more information, contact 407 246-1597 and speak to a professional about the amazing options available with today's KnuckleBoom cranes.

This article is also available on BrassMeIn.com
Please click the crane of your choice to be taken to the KnuckleBoom information and .PDF files for that particular crane. 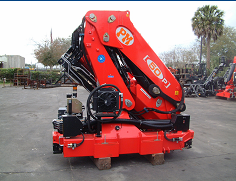 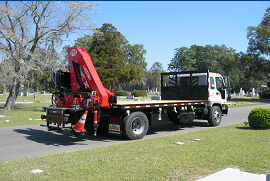 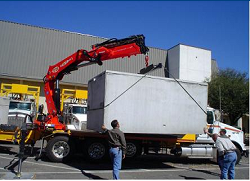 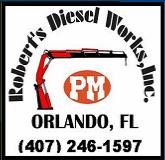